It’s a possible truce, if only for a day. However, instead of a white flag, there’s a bucket of chicken. Confused? Let’s make things a little clearer – as a part of their Unlikely Friendships campaign, KFC India has extended a Bucket of Friendship to McDonald’s. 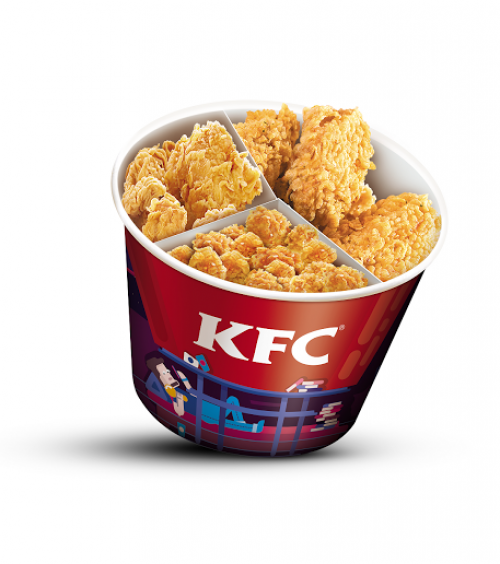 In a TVC featuring the bucket of chicken, two boys sit and share a bucket of chicken. One asks the other, using sign language why he didn’t go for a movie with their other friends, saying he’ll have more fun there. When the other asks why, he says he can’t talk. However, the friend lightens the mood by asking who has been chattering on all the time then, capturing the diversity in friendship that KFC India is hoping to promote.

KFC India Reaches Out To McDonald’s

KFC India took their Unlikely Friendships Campaign to Twitter by asking the Twitterati which unlikely pair should chare the Friendship Bucket:

Here are some of the answers:

The winning tweet, however, suggested that KFC India extend a hand to McDonalds –

@mcdonaldsindia We get the Friendship Bucket & you get the fries! Let's hang & be #UnlikelyFriends! pic.twitter.com/5hDQWiqr6W

Now, the Twitterati are eagerly waiting for a response from McDonald’s; will McDonald’s take KFC’s hand?