[dropcap]T[/dropcap]his is a lovely Tamil poem on kozhukattai, a steamed rice dumpling that is stuffed with copious amounts of jaggery. Kozhukattai is a divine sweet that comes straight out of your history books.
Back then, good food was acknowledged by writing simple, alluring poems and describing the beauty of the dish through short stories. Small humorous tales were made that could easily catch the attention of children.
But wait. What makes the shell shaped kozhukattais stand out from the rest of the sweet choices? Why have people sung poems and scripted stories and made it so famous?
Why does Lord Ganesh like it?
The ‘modagam’, kozhukattai, is adored by the elephant-faced god, Lord Ganesh. His mouse always looks a little apprehensive after his lord has had a bowl full of it. The modagam is a symbol of his earnestness and wisdom, a prize obtained from his parents. They say the kozhukattai, is prepared as a prasadam to invoke his blessings in knowledge, scriptures, science and art.

The rule of having to prepare 21 kozhukattais may seem like a silly superstition but the number is significant of the number of times Lord Ganesha and Shiva burped after they finally became full. Flat and plump at the bottom, and pointed at the top, kozhukattai looks much like the rolly-polly god that can’t get enough of it.
And along comes Evolution

The norm has always been to make the kozhukattai ‘vella’, sweet, or ‘Kara’, spicy. 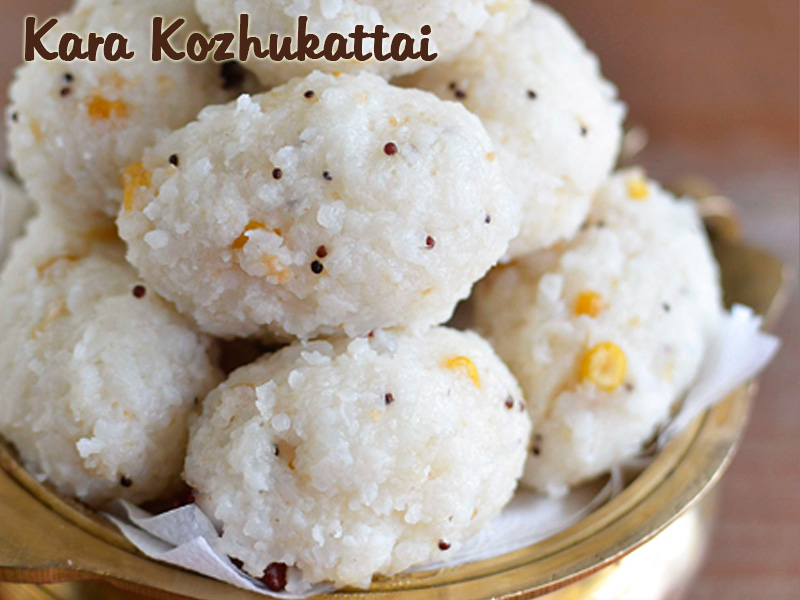 It is an age old sweet that is still popular despite the passing of so many years. Let’s celebrate ‘Ganesh Chaturthi’ with a bite of this mouth-watering Indian dumpling.

10 celebrity mouths that make you want to