Donald Trump hasn’t been making friends since ever and even less so since he started campaigning for Presidency in America. And now that he is officially the President-Elect and will be sworn into office in a few weeks, everybody is going a little insane. And rightfully so. Thanks to all his controversial and sexist remarks over the years and his repeated treatment of women, there have been quite a few things happening in the food industry that would make people happy.

Amongst them, a brewery creating an Anti-Trump beer for Inauguration Day. Six female brewers have come together with Goldspot Brewing in Denver to create a bright red imperial saison aged on strawberry puree to protest the Trump presidency and it’s called “Makin’ Noise: A Pussy Riot Beer”. Named after the Russian punk band and political activist group, “Pussy Riot”, the flavour for this beer was chosen by Kelissa Hieber, head brewer at Goldspot Brewing, and Bess Dougherty, a fellow Denver brewer, simply because of the stereotypical association between women and fruity beers. 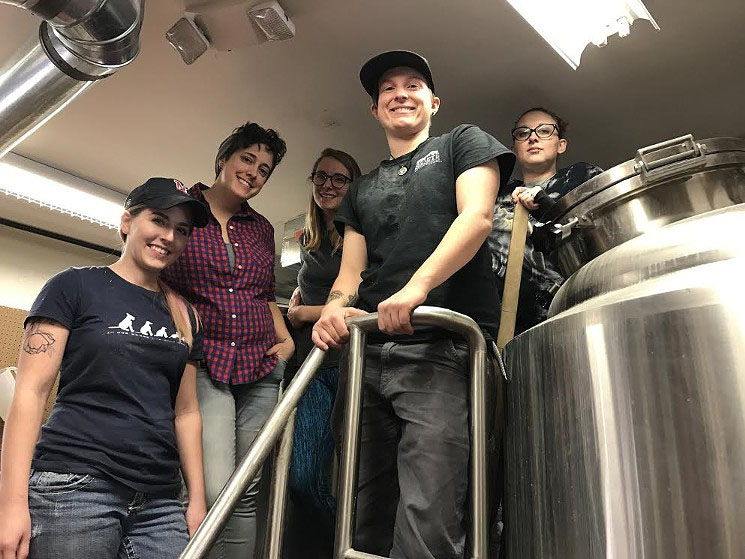 Dougherty spoke with Westword and said that “It will look like a delicate beer, but it will knock you on your ass.”

The beer is also being brewed at Lady Justice, 3 Freaks and Black Sky and will be available on tap at all four brewers on January 20th. And even better is that a portion of the proceeds will be donated to local charities.

Hieber and Dougherty took to Facebook to explain why they were doing this and the statement read, “We felt it necessary to take action and decided to use our art to make our voices heard. We are coming out in support of those most at risk in our community and doing what we can to stand together as a united voice against hate and intolerance. This beer works to combat the hate and oppression while also lending support and solidarity to the fight for equality. We believe in this beautiful community, and we feel it is necessary to work together to protect it.We believe in an America that celebrates its diversity, an America that protects and supports anyone regardless of sexual orientation, gender, identity, race, religious views or immigration status. We condemn the hate that has always existed against marginalized groups, and we will not stand for the new strong wave hitting our country.”

An Underground Winery Exists And It Looks So Magical!